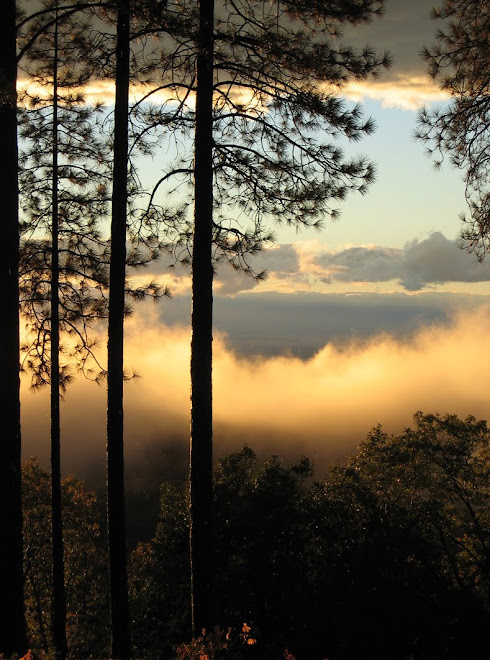 After Publishers Weekly weighed in with a top-tenner that included nary a woman (this in a year that included new books by both Alice Munro and A. S. Byatt), I wasn't especially hopeful that a male HuffPost blogger's list would be more representative, and it wasn't--until I got to number ten, which I quote in full: 10. Melissa Kwasny, Reading Novalis in Montana (Milkweed). Much of the innovative poetry written in America is published not by the big houses, but by independent presses like Milkweed, and its many smaller siblings. Too often, our poetry is obscure, willfully ignorant of realities beyond the immediate self, and pathetic in its complaint, narcissism, and soullessness. Moreover, the language tends to be prosaic, when it's not self-consciously experimental. Kwasny falls into none of these traps; she writes romantic-environmental poetry of a high order, communing with nature in a language that never sells itself short. Can we imagine ourselves, gluttonous twenty-first century Americans, in a better relationship with nature? Can we see ourselves beyond artificial separations between the animate and the inanimate, between the sensate and the inert? Kwasny shows how, as she refuses to back down under the pressure of material degradation. (The rest of Anis Shivani's list can be read here: http://www.huffingtonpost.com/anis-shivani/huffington-post-bloggers_b_372238.html .)

Bear Star, definitely one of the "smaller siblings" Shivani refers to, published Melissa Kwasny's first book of poems, The Archival Birds, in 2000, and since then her poetry book Thistle (Lost Horse Press, 2006) won the Idaho Prize. Now this, and yes, Reading Novalis in Montana is excellent, and I'm glad Anis Shivani saw fit to list a poetry book in his top ten. Kwasny has also edited Toward the Open Field: Poets on the Art of Poetry, 1800-1950, and--just out--I Go to the Ruined Place: Contemporary Poems in Defense of Global Human Rights, coedited with M. L. Smoker (Lost Horse Press).

Here's a poem from The Archival Birds. I hope it will inspire you to read more of Kwasny.

Clean and robed, I carry
in small buckets
the cloud-filled remains
of my quarter tub of water.
The garden lacks light--
only that far corner
I planted in borage
for my eyes, the wide cloths
of comfrey for my back.
The rose spines are tall,
too thin like the sick
men on our streets here,
but they continue to blossom.
Forget-me-nots huddle,
girls on a school yard
who never try their bounds.

Basho wrote of peasants
who dressed in their finest
to cross the high passes.
I check to see if the plums
are still here, if the calla
has returned from last season.
The buckets are my excuse.
Dry earth, from which so much
pushes out, is unbreakable.

Labels: Anis Shivani, I Go to the Ruined Place, Melissa Kwasny, Reading Novalis in Montana, The Archival Birds, Thistle, Toward the Open Field

... to get your manuscript off for the 2010 Dorothy Brunsman Poetry Prize. If it's postmarked by midnight tomorrow, you're good. Thanks to all the poets who have sent material thus far. It's being logged and numbered, then I'm settling into cushions by the wood stove to read. This is the best job in the world, and I'm grateful California's horrid economy hasn't yet forced me to hold a bake sale to keep the bear in the black. (By the way, most of the black bears around this town seem to be cinnamon-colored.) I think we can squeak by without extending the deadline.

So what are we (my other readers and I) looking for? Honestly, we don't have a dominant aesthetic here--we just want to be amazed.
Posted by Bear Star Press at 8:03 AM 1 comment:

A Poem and Commentary by Linda Dove

One of the things I love about Linda Dove’s collection In Defense of Objects is the reciprocity of her vision, the way her investigation of objects often becomes a two-way interrogation. In “Eye, Appaloosa” this dynamic is especially poignant. Horses intimidate me, but I am nevertheless wild for this poem, so I asked her if she would talk a little about it for this blog. Her comments follow the poem.


Object of the west, tiny globe that makes manifest
the seat of its rider. Seer of bloodshed and journey.

Eye that crosses currents with the Palouse River,
that precedes the blanket of flank draped in leopard spots.

Cortez walks the first snowflake horse off the boat
in Mexico, but the Nez Perce recreate it. The eye

is an object of interest. Its sclera must breed white
to show off the colored iris like another dark mote.

It is not a natural object, this bred eye. It is considered.
It is watched, even as it watches. Perhaps it has seen

too much. After the long retreat, the ambush,
the war, it follows the currents of history

to fight no more forever. The cavalry guts the tribe
by its horses—selling, shooting, or mating them

to farm stallions. They see nothing remarkable
in the eye of the animal. But the eye remembers,

in the way that objects will. Long after the ones
who knew it disappear, the eye, Appaloosa moves.

Linda writes: “Eye, Appaloosa” is one of the “glue” poems that I wrote at the eleventh hour for the purpose of “sticking” my manuscript together under its new title, In Defense of Objects. I just now looked up the day I wrote it—November 23, 2008—and the Dorothy Brunsman contest had a deadline of November 30th, so I wrote it and sent it off within the week. I’m pretty sure it repeats the word “object” more than any other single poem in the collection (four times in 18 lines).

It was also a poem born of a dream, an actual, nighttime dream, which I had had in May 2006, during a long period in which I wasn’t writing. The dream was ostensibly about my real-life friend M., also a poet, who started typing furiously, while I collected her pages. There was a clock on the wall, and she turned out about 75 pages of beautiful poetry in an hour. In the dream, I was literally reading the pages, and they were perfectly-formed, Ashberyesque lines about the forest, rocks, river, animals, although they were edgy and raw and long across the page. She divided them into three discrete sections and told me I had to come up with a title for her, so I invented three: Eye, Appaloosa; Cowhand, Traveller, Cow; and The Gift of Green.

The overwhelming color in the dream was green—the green trees in the forest. I was apparently seeing the poems as images at the same time I was reading the typed pages in the dream. When I woke up, I couldn’t remember any specific lines (and, oh, what I would give to be able to remember those lines, those long lines of beautiful verse that were perfectly formed somewhere in my head!). But I did remember (and quickly jotted down) the three titles I had created and knew I had to do something with them, even though I had no reference point with which to begin to explain from whence they had come. “Eye, Appaloosa” and “Cowhand, Traveller, Cow” both became the titles of poems in the collection.

And that’s where the similarity between the dream and these two poems begins and ends. When I finally turned back to these titles two-and-a-half years after they had appeared to me in the dream, I had no idea what to do with them. So I worked backwards into “Eye, Appaloosa” by doing some research into this breed of horse that had arrived so decisively in my dream, but about which I knew little to nothing. The fact that the title appeared to me as a syntactical aberration wasn’t something I understood either; I just went with it. It seemed to suggest a focus for the poem—to “see” the horse and its history through the eye, as both the subject (topos) of the poem, and as an object that would stand in as a synecdoche for the breed itself.

Fortunately, the history of the Appaloosa is fascinating, complex, and storied. There was more than enough to work with just doing a cursory fact-grab online. It ended up as a poem that wants to suggest something about vision—historical vision, poetic vision, ontological vision (how we know what we know, how we see what we see). The Spanish, the Nez Perce, and the U.S. 7th Cavalry all see this object of history differently. Those competing perspectives allow the Appaloosa’s eye to obtain a kind of independence (“even as it watches”), to hover beyond any one way of telling history. It resists classifications of “natural” or “cultural.” And so the poem also covers the territory of beauty and knowledge and love and loss—all well-worn themes in any poetic lexicon—and about what sustains, what can overcome.
Posted by Bear Star Press at 10:14 AM 1 comment: 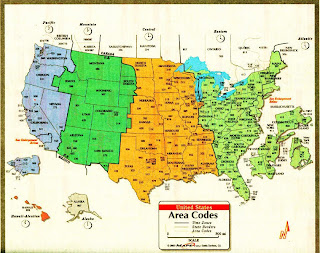 Please note that if your state contains any patch o' green you may enter our annual contest. That means you, ND, SD, NB, KS, & TX. We get comparatively few MSS. from outside the blue zone ...

And for those of you who are curious about where Cohasset is situated, I marked its general location in the 530 Area Code with a red X (click on the map to enlarge it). It's a quirky little town of 720 or so on top of a ridge in the foothills of the Cascades. I love that Google Earth can't see the Bear's den for all the ponderosa pines.


Not that I can vote on this, but I really hope the good people of Maine, where I lived as a teen, vote NO today to overturning the law allowing gay marriage.
Posted by Bear Star Press at 10:00 AM No comments: